I’m sick in bed, and I’ve spent more time than I like to admit today researching women of the Bauhaus movement. There is some really incredible shit to be found at this site, and in this book. Walter Gropius, who founded the Bauhaus school in 1919 always insisted on accepting women into the school (Yay!), saying that there was “no difference between the ‘beautiful’ and the ‘strong’ sex.” (…Um, whatever, I’ll take it.)

Not surprisingly, most of the um, members of the beautiful sex were relegated to the weaving workshop, while men were considered fit for a variety of departments at the institution: architecture, design, graphic art and so forth. That said, some of the textiles- and the photographs by women- are among the most beautiful, powerful works of the Bauhaus movement.

Before we look at some of the actual works, allow me to briefly comment on what really matters: WOW, how fucking modern and cool are those haircuts? Why didn’t I include any of these women in this post?

[Erich Consemüller, Marcel Breuer and his “harem’ (from left to right- Marta Erps-Breuer, Katt Both and Ruth Hollos-Consemüller), ca. 1927]

Solid use of the word “harem” in the title there.  I can’t tell if the photographer is being clever, but either way, it doesn’t look much like Breuer owns these women.  Don’t the four of them look like they could be in a post-punk band in the ’70s?  Que Helen Bonham Carter!

On to Gunta Stölzl, the only female “master” of the Bauhaus school (before it was shut down by the Nazis and stuff.)  She was big on experimentation and looking at weaving as a medium beyond just “crafts” or “women’s work.” Personally, I don’t think any one else’s textiles come close to her insane work. 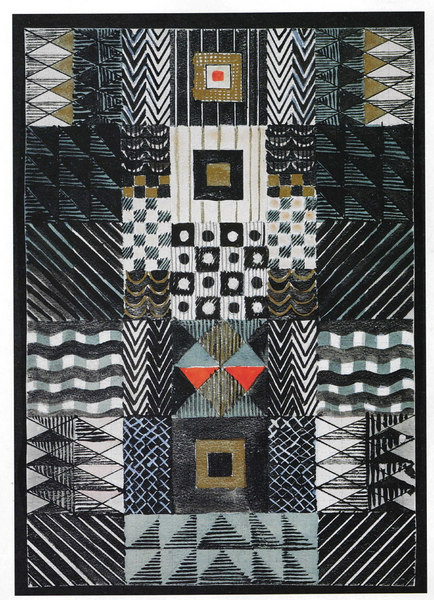 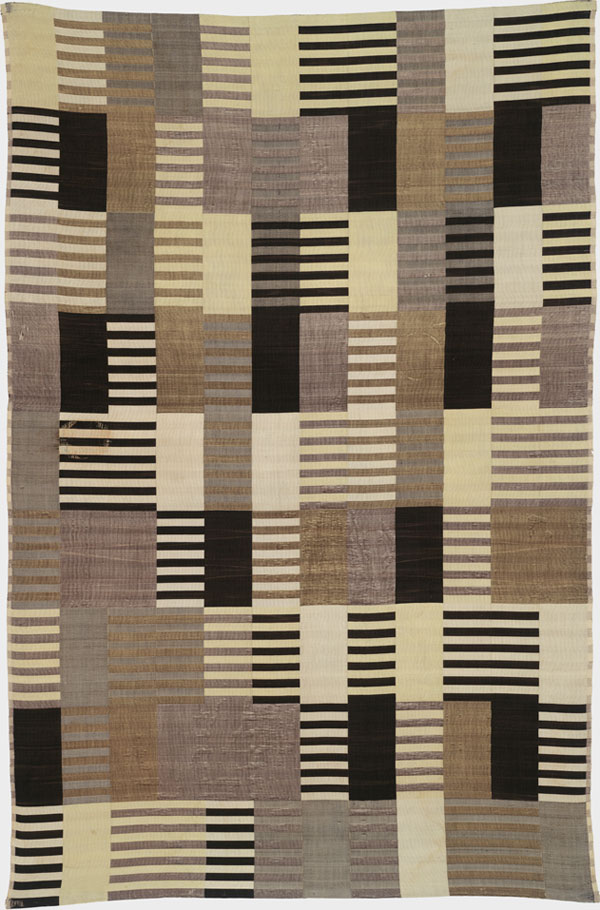 And some more photographs: 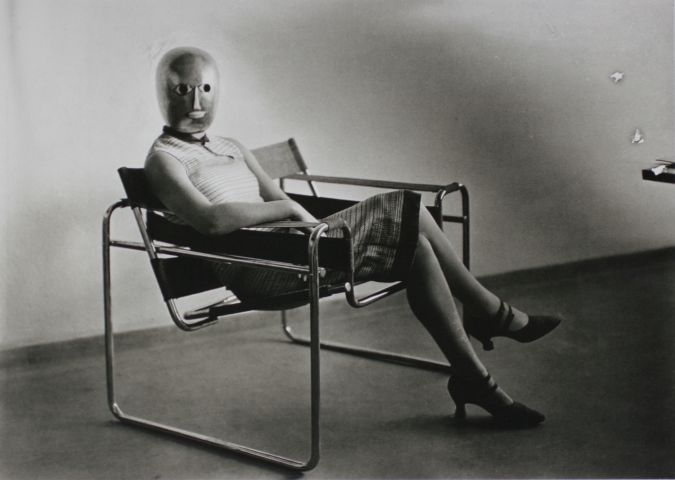 I know that photograph is by a man, but I like to think of this as early performance art by designer Lis Beyer.

Another cool German chick.
Plus, Badass heavy metal quilting is also a thing.