Imagine reading Are You There, God? It’s Me, Margaret while doing a line… during an occult sex ritual… in which you haven’t slept for 3 days straight. 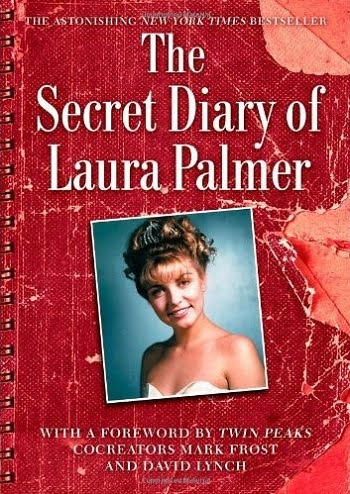 That’s pretty much the experience of reading The Secret Diary of Laura Palmer. While I don’t actually condone doing drugs, engaging in occult activities, or depriving yourself of sleep as you’re reading it, I DO think setting the mood with a soundtrack is clutch to the experience. I actually made a playlist to listen to while reading it. If you are going to read the book, may I suggest the following musics?

If you have not yet watched Twin Peaks and Fire Walk with Me, please go take a couple days off work this week and DO THAT first. The book is sort of like a prequel to everything that happens in the TV show and film, but it’s important to watch those before reading The Secret Diary of Laura Palmer. I think this is where I say, “spoiler alert” or something so that you don’t keep reading if you haven’t watched Twin Peaks.

Now, if you’re faint of heart, this probably isn’t the book for you. I can confidently say that this is the dirtiest lit I’ve read since I picked up a copy of Story of the Eye in 9th grade. Fortunately, you’re not faint of heart, or else you wouldn’t be reading my blog or watching Twin Peaks, so I think we’re good to go. 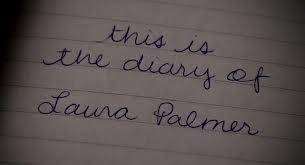 Can we all agree that it’s awesomely fitting that David Lynch’s daughter Jennifer Lynch wrote this book? For all the fanboys/girls out there, it definitely contributes to the empire’s cult status. The book is not especially well-written, but I don’t mind, because, c’mon, what teenage girl’s diary IS well-written? I think it’s more important that it has that authenticity of being penned by a 20-year-old woman who probably (like a lot of us) experienced some of those weird feelings that come with growing up as a girl in the suburbs during the late ’80s. For me, that perspective was what was always missing from the TV series, and from books like The Virgin Suicides that romanticize the girl-next-door who’s just a little dark and mysterious.

The Secret Diary of Laura Palmer starts when Laura is just 12 years old. Throughout the book, you’ll forget that because of all the drugs she’s doing and sex she’s having when she’s like, 14. So that’s sort of the main theme of the book- the agonizing conflict inside Laura, between her desire to be bad and her desire to be good. She’s constantly giving in to her primal urges, caving to the lure of coke, indulging in orgies, and acting out violently. At the same time, she loves her parents and her pets, she talks to God, and she grapples with intense guilt on a daily basis.

Her “bad” side is represented, of course, by Killer BOB. BOB is aware of Laura’s every move and every thought. He started appearing in her dreams when she was a small child, but he begins to control her life more and more as she matures. By the time Laura is 14, BOB even takes over her diary (when he feels like it.) Laura tries to fight his presence, but he abuses her so severely, and so incessantly, that he totally crushes her into submission. It looks something like this:

My mind is his toy. Something he bats around, with his paws. I’m just to have to tell everyone and make them believe. Just tell…

Dear God… it’s happened again… He’s stepped onto the page… This is not at all what I was trying to write! It frightens me terribly to know that BOB found his way into the pages of my diary as if he were feeding the words to my mind, just seconds in time for me to think that they are my own.

So yeah, that gets worse and worse as the book goes on, and BOB is constantly calling Laura “dirty,” “slut,” and “bitch.” And you know, she starts to spin out of control. No one “close” to Laura (her mom, her good-girl bff Donna) have any clue what’s going on. The Log Lady senses something is wrong, but the only one who seems to really understand is Leo Johnson. Man, that guy is seriously fucked up. For fans, it’s actually super-exciting to learn so much more about Leo than what we get in the show. It almost makes up for the fact that the book (obviously) totally lacks any material on Coop and Audrey Horne. Leo hears voices, has a creepy relationship with sex, and is wrapped up in some crazy internal power struggles. Kind of explains his behavior in the show, I guess.

The whole, “Straight-A-student-prom-queen-who’s-secretly-corrupt” thing isn’t new, but I actually think it was important in the ’90s. I remember it being a big deal to me. It’s hard to feel older than everyone you know in high school. To uphold your image of coolness and integrity while dealing with scary things like sickness and suicide. And to have to hide an oscuridad inside you. Laura’s diary captures that feeling really well. Nowadays (I hope) young people are a little more able to express themselves in non-black-and-white ways. 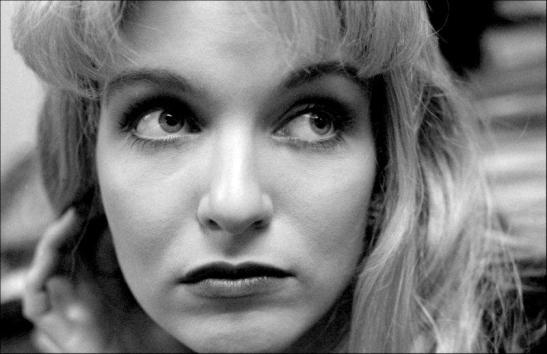 So, we all know how it ends. Laura knew too, and by the time she’s 17 in the book, she totally accepts her impending death. Even asks for it to come sooner at a couple points, but she never stops trying to figure out everything she can about this haunting force from the woods and dreams. The book is totally corny, and full of cliches, but I absolutely loved it.

Ultimately, it’s a book for the fans. You’ll get something out of it if Twin Peaks made you reexamine your life that way it did for me. Otherwise, it might just be a “shocking” tale of teenage degeneration for you. I hate to say this (not really), but you don’t really deserve to read it if you’re not a Twin Peaks diehard, IMO. If a diehard you are though, pick up a copy asap- this is the fire you must walk through. 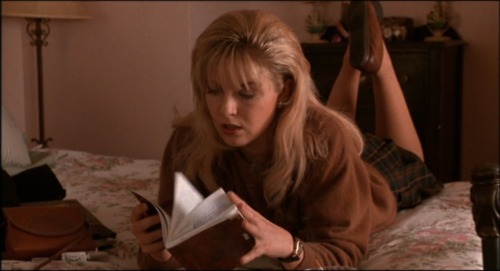 3 comments on “Lit Bombast: The Secret Diary of Laura Palmer”