If you know me (and internet-knowing me totally counts) then you know that two of my fav things in life are punk music and art museums. No, you know what, I’m adding a third (although it’s def way below punk and art museums), I will absolutely throw fashion onto my list of favorite shit.

Given that, is it weird I really struggle with the Met’s concept for their Spring 2013 costume exhibition? The recently-revealed theme will be “PUNK: From Chaos to Couture.“ I mean, seriously, isn’t that title alone enough to give you a stomach ulcer? Why do I react that way though? Forgive me while I descend into a frenzy of criticism for a bit here. I have some ideas:

I guess the most explicit reason for feeling uncomfortable would be because I have a personal connection to the punk movement (ah, the bygone days of my youth) and I see a discrepancy between my experience with punk (sweat, bruises, boozes, $5 covers and glorious vulgarity) and the representation of punk in a formal art institution (fashionable items for consumption by the rich.)

“The rich, you say?” Oh, yes, did I mention the insane amount of money that will be generated by the Met’s “gala” for this exhibit? Let’s just start by pointing out the ludicrous fact that tickets to the event cost fucking $25,000 a pop. Yes, you read that correctly. A lot of celebrities will be comp’ed for their tickets because it means more famous faces at the event, but I consider that even worse. A rep for the Met’s Costume Institute said that this party is, “the main source of annual funding for exhibitions, acquisitions and capital improvements.” We’re talking raising over $10 million off this one night, not to mention the exhibition itself. Well, gee. That is just wonderful for the Met. But what the serious shit is punk doing in that realm? Is anyone who considers themselves punk or a fan of punk really okay with this kind of outlandish commodification of our movement?

So, a major point to consider here is that we’re talking about fashion, not art. I totally want to see Raymond Pettibon and Linder Sterling in museums. As a comparative exercise, I reflected on the idea of another subversive subculture’s presence in museums- hip-hop. I have no particular personal connection to cloud my judgment on the subject. And if someone told me that art associated with the early hip hop scene (I’m thinking street art/graffiti as well as “fine artists” like Basquiat) did not belong in museums, I would be floored. I would definitely accuse them of being close-minded and hell, I MIGHT even accuse them of being racist (you know, for good measure.)

What about fashion though? If someone wanted to do an exhibition on hip-hop style (and put, I don’t know, Flavor Flav’s clock necklaces on display) would I find something inherently wrong with that? Would I view it as commodification/appropriation? Oddly, I don’t think I would. I might even commend the institution for recognizing the significance and greater historical context of the hip-hop movement. So, what the fuck?

Well, two major differences as far as I can tell: 1. Hip-hop is more closely associated with an oppressed cultural group (note the use of cultural vs. subcultural.) For me, this fact makes me say, “hey, we should acknowledge how awesome and important this shit is in a PUBLIC institution.” Maybe even especially in a public institution traditionally run by wealthy white folks. I don’t know if that’s right, but it’s my immediate reaction to counter the neglect and marginalization of black arts that has gone down in the past. 2. The other difference is that hip-hop has not had the same anti-mainstream, anti-establishment themes that punk has. (As far as I know. I’m no expert.) But on the most basic level, it feels like in punk, it’s a bad thing is you gain commercial success, and in hip-hop/rap, it’s a good thing. So it seems like an easier translation to museum-level popularity if you’re at least fine with the idea of not forever identifying as “alternative” and “underground.”

Punk is also different from other youth movements/ subcultures because so many people still identify with it today. Unlike, you know, the countercultural movements of the past (let’s say flappers of the ‘20s for the hell of it), it’s not appropriate to place the movement into the “historical past.” And I feel like museumifying punk effectively DOES historisize (I’m seriously making up words left and right) something that is still very relevant today, which skeeves me out.
So as I mentioned, much of the dilemma lies in the conflict between museums being elitist institutions and punk being an anti-authoritarian movement. But that kind of logic is a slippery slope. Should punk then be left out of every Academic institution, publication, and conversation? No, of course not. Is the fact that I’m writing a stupid blog post about this issue inappropriate? Maybe.

The last thing I’ll say is that as much as “PUNK: Chaos to Couture” rubs me the wrong way, I appreciate the museum’s intention for what it is: not necessarily an attempt to make punk into a dead, scholarly subject, or to pretend that Rodarte, Versace, and other high-end designers are in fact the same as punk. Rather, the Met aims to illustrate how “haute couture and ready-to-wear borrow punk’s visual symbols.” Which they totally do. And which I suppose I’m not even necessarily 100% against (I’d say I’m like, 85% against it). But as much as I don’t particularly like that punk culture is being appropriated for thousand-dollar products, it’s a real phenomenon with interesting implications, that probably should be shared in a public institution like the Met. I wouldn’t go so far as celebrated, but shared? Sure, why the hell not?

Did I really just resolve this issue for myself? I seriously think I wrote myself in a circle from “angry and bitter” to “open and understanding.” In any case, I’m not ashamed to admit that I’ll probably purchase their stupid exhibition catalogue book of the same title. Which has prefaces by Richard Hell and John Lydon, by the way.

Does anyone else have thoughts on this, or am I the only one who thinks through these kinds of matters? 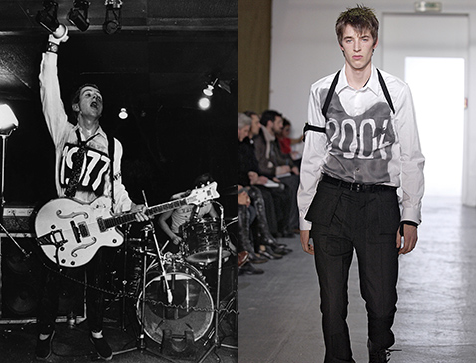 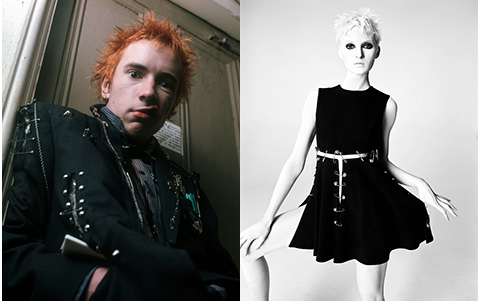 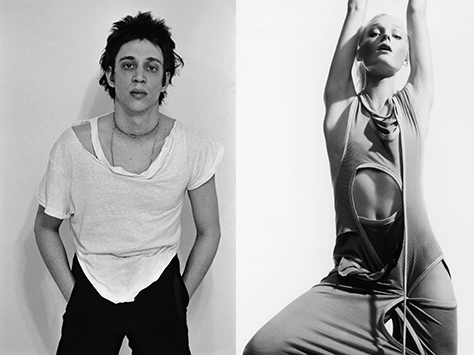 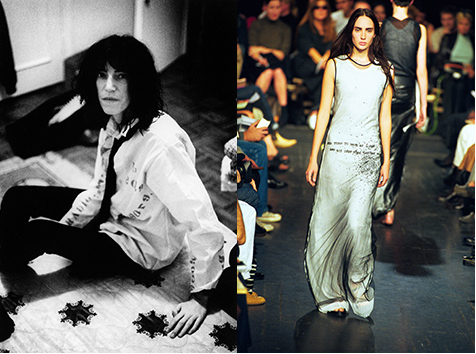 If you like this shit, check out the designs of high-fashion punk designer Vivienne Westwood, or read my reflection on racism in punk.