I want to hate Vivienne Westwood. No really, I do. 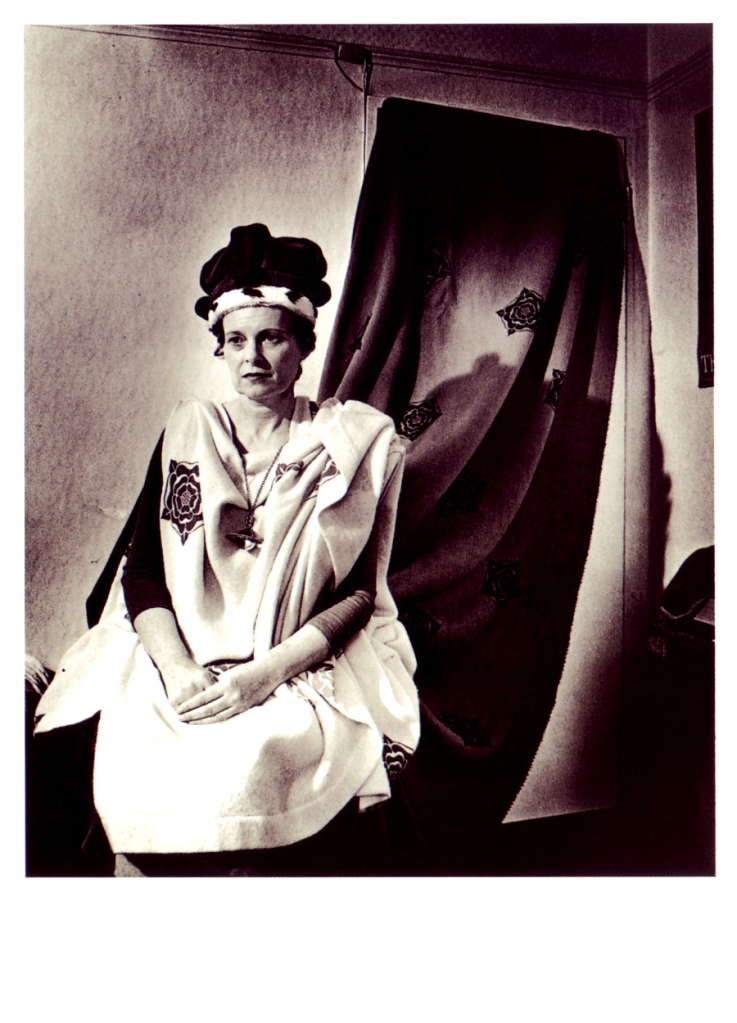 Producing punk fashion for the mainstream masses? Purses that cost upwards of $1000? Designing that stupid wedding dress for the movie adaptation of Sex and the City? And that oh-so-glamorous name of hers… So many reasons to NOT be obsessed with her, yet I can’t help but fawn over Westwood’s work. The history is definitely what gets me. 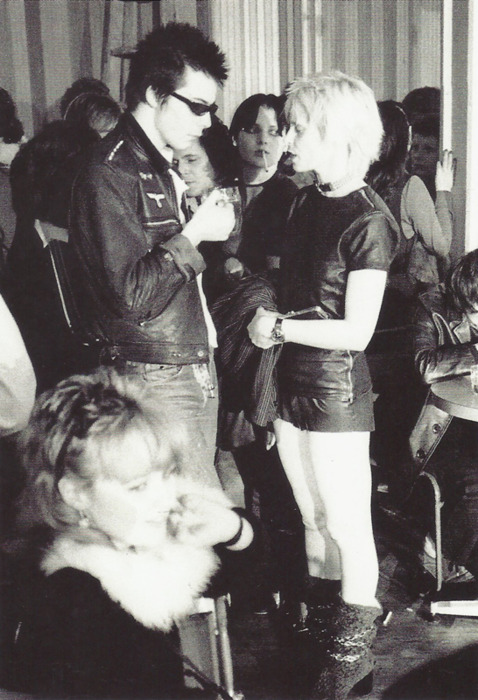 Westwood was an art-school drop-out (so many of my favorite people are) who left her husband in the mid-’70s for a man named Malcolm McLaren. The two of them became wildly involved with U.K. punk-rock, quickly turning out to be a sort of power-couple of the burgeoning scene. McLaren managed the Sex Pistols and opened up his own store, called SEX, where Westwood could sell her eccentric designs- clothes influenced by bikers, fetishists and prostitutes. 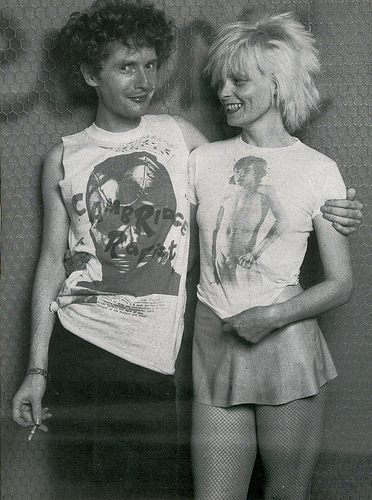 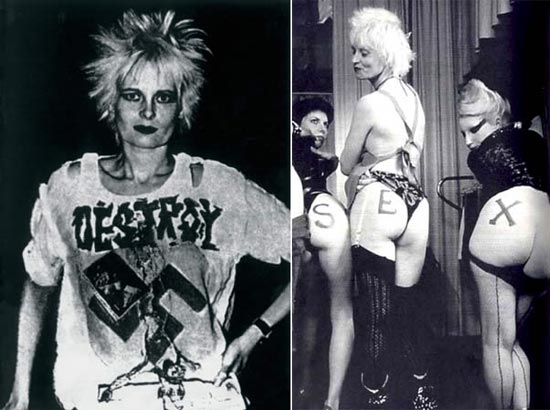 At 70 years old this year, Westwood is an environmental activist and world-famous designer, with a bridal line and everything. She stills sells her designs from the original store on King’s Road, only now it’s called World’s End. I would totally shop there if I was a wealthy Londoner.. who liked color a bit more. I kind of want to be fearlessly bizarre and fabulous too when I reach her age. 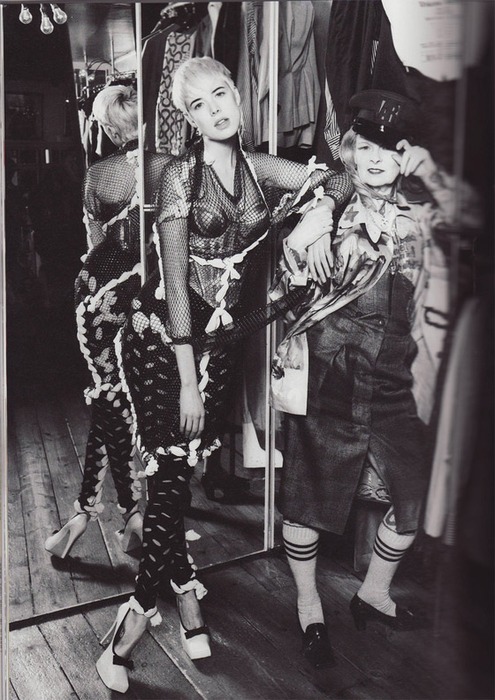 Here’s a favorite currently on sale through her website, since you know I love stripes.

Fun fact: Westwood and McLaren’s son Joseph Corré is the founder and designer of INSANELY-expensive-INSANELY-luxurious, 10x-better-than-Victoria’s Secret lingerie line Agent Provocateur. Westwood once said, “My son has followed fashion since he was a punk. He and I agree that fashion is about sex.”