A couple months ago, I wrote a post about Joe Brainard’s incredible visual art. (READ THAT SHIT.) Well, exploring his paintings brought me to discover that Brainard also wrote a book. A bizarre and brilliantly original book called I Remember.

Krissie (of Twin Peaks: Fire Walk With Me fame) and I read the book simultaneously as part of our Two-Man Book Club.

Then when Krissie came to visit me in SF, we discussed it over some sunshine and a Bloody Mary (aka like 3 Bloody Marys… which at Zeitgeist is akin to drinking handle of vodka.) Also the Two-Man Book Club might now be called the Two-Man-Fuck-Off Book Club, because so many people at the bar kept trying to talk to us, to which we had to respond, “Fuck Off– Book Club!” while pointing at the book. Hm. I DIGRESS.

Anyway I Remember was published in 1970, and the structure of the work is literally hundreds of short, random memories from Brainard’s life- ranging from childhood curiosities, sexual encounters, half-recollections, (now) historical ideas, disturbing personal reflections, frivolous and pointless thoughts, and more. I think we agreed that the best things about the book were:

~How even though it was a gay man describing his memories of (mainly) Tulsa and NYC the 1950s and 1960s, we felt like we had an uncanny amount of shared experiences with Brainard.
~The juxtaposition of the most unremarkable, seemingly trivial memories with some of the most intense and deeply personal shit you can imagine someone sharing.
~Peculiar recurring themes throughout the book. Cinnamon toothpicks, for example.

We had several of the same “favorite memories” from the book. Some of those included:

“I remember fantasies of being in jail, and very monk-like in my cell, handwriting out a giant novel.”

“I remember how disappointing going to bed with one of the most beautiful boys I have ever seen was.”

“I remember suddenly being aware of “how” I am holding my cigarette in a queer bar.”

“I remember white bread and tearing off the crust and rolling up the middle part into a ball and eating it.”

Then, as a sort of parallel literary exercise, we decided to each write a handful of our own “I Remembers.” Many of them are of the variety that should and will stay between best friends. But here are a couple of the ones we’re both willing to share:

“I remember the ceiling of the Park City mall was mirrored and I would walk around looking up.” (Krissie)

“I remember my favorite goth outfit from 9th grade. Black lace skirt, purple velvet bodice with pearls sewn on it, fishnets, combat boots, and too much eyeliner.” (Erin)

“I remember the first time I saw a penis was when my neighbor peed in front of my sister and I. His mother made him apologize.” (Krissie)

“I remember being given a magic 8 ball as a gift in 4th grade. And asking it if Mark Sanchez liked me. (He didn’t.)” (Erin) 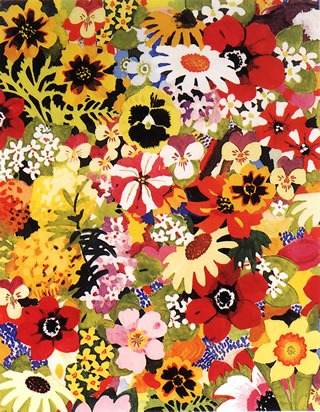 What’s next? Brainard also wrote two follow-ups to I Remember- the appropriately titled More I Remember, and More I Remember More. Both of these are out-of-print, but Krissie and I are going on a quest (I love quests) to all the used book stores in San Francisco to see if we can find a copy of each. I feel it’s our destiny to find at least one of them for $5, hidden in the back of a tiny independent bookstore, since it’s a given that we’re not going to pay the $200+ that book collectors are asking for online. I’ll keep everyone posted on our success, or if you find a copy and send it to me, I’ll trade you for some rare muzicks.