Arts Bombast: Fire Walk With Me

Because the world is cruel, I was unable to attend this magical, magical exhibition. But it’s Twin Peaks, so obviously I couldn’t NOT feature it. Enjoy the guest post by Krissie (aka that lucky bitch who DID get to attend) and some face-explodingly beautiful images from her visit:

I grew up watching Twin Peaks with my parents. The show first aired in 1990, and since I’m 27 years old, that would have made me six years old when I first encountered Agent Cooper and the bizarre mountain town of Twin Peaks, Washington. And whatever that says about my mother’s style of parenting; although it was somewhat terrifying to a six year old girl, I’ve loved the show for the past 20 years, and I am not alone. 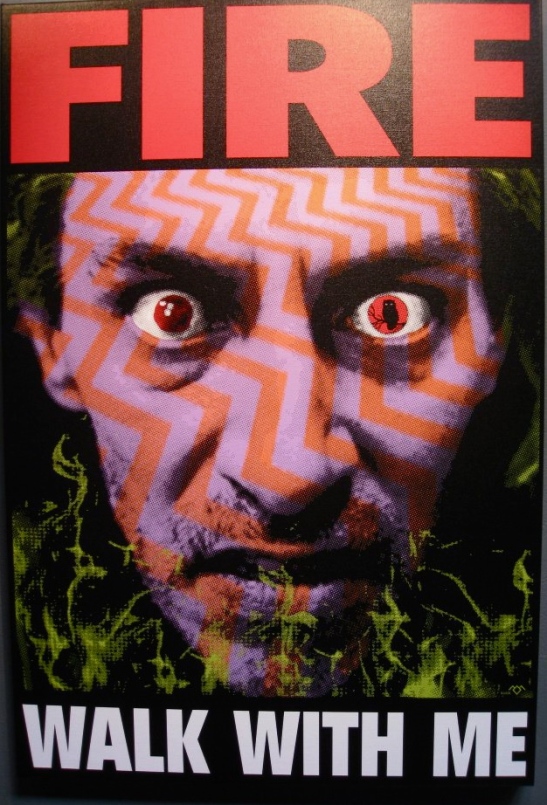 From April 24th through May 12th the Copro Gallery in Santa Monica held a group art exhibition called Fire Walk With Me, in honor of the 20th anniversary of the cult classic series. For anyone who doesn’t know, Twin Peaks was created by David Lynch and chronicled the murder of Laura Palmer, and it’s subsequent investigation by Agent Dale Cooper (Kyle MacLachlan), the most unorthidox FBI agent I have ever encountered, who gathers clues from, among other places, dreams and giants. Many of the unforgettable and strange inhabitants of the town were featured in the exhibition along with Agent Cooper, including the sulty Audrey, Laura (she’s dead, wrapped in plastic), The Log Lady, lots of owls (who are not what they seem), and there were many fascinating depictions Bob, the malevolent spirit, and classic David Lynch style villian, who’s haunting face appeared in a few of my childhood nighmares. 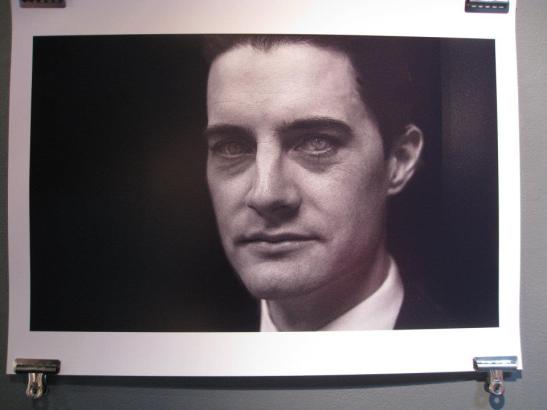 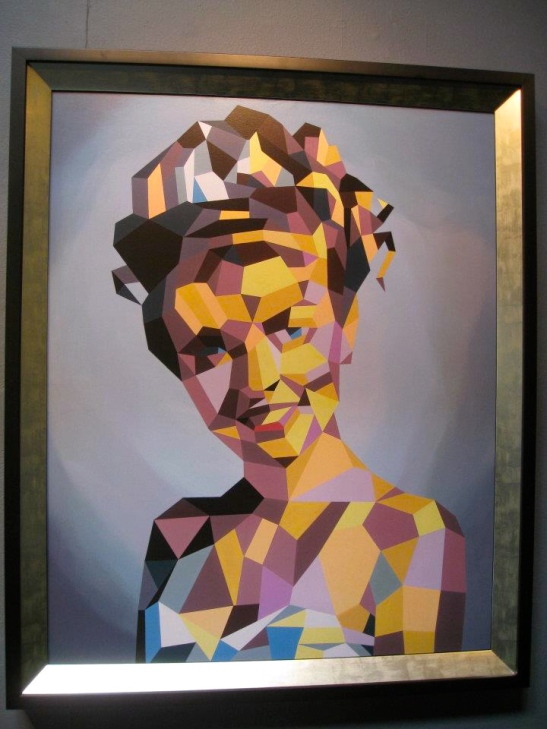 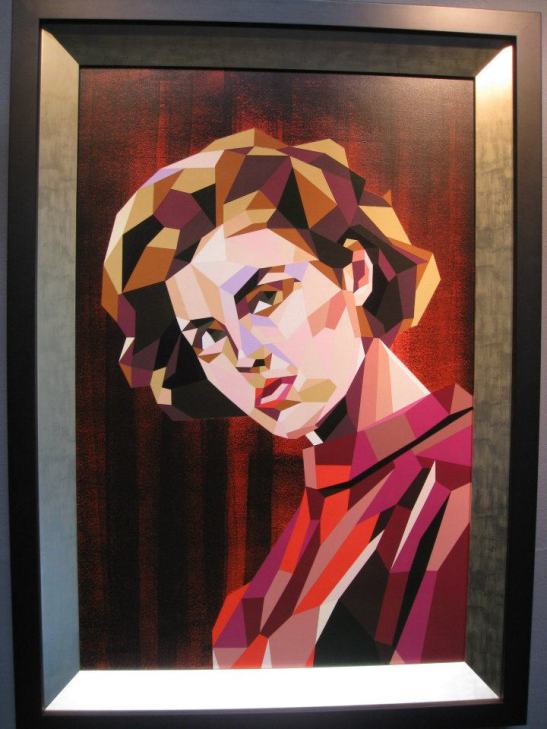 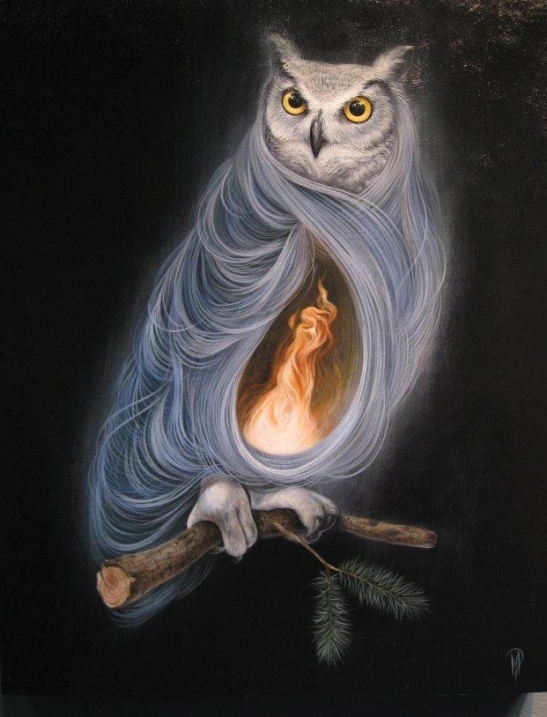 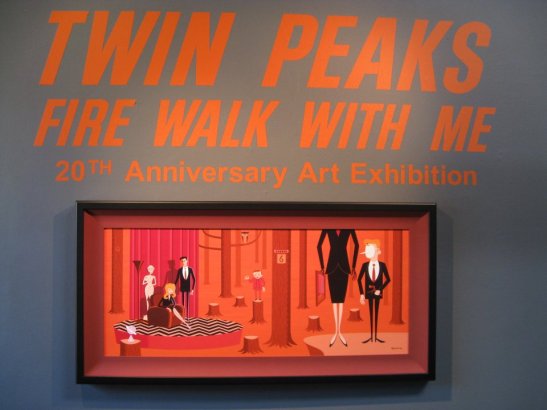 Some of my favorite pieces were a sculpture of a slice of very realistic (and damn fine) cherry pie filled with tiny red skulls instead of cherries, by Colin Christian, and several fantastic geometric character portraits by Tim Biskup. The whole exhibition captured the surreal dreamlike quality of the series, showcasing both the beautiful and terrifying aspects of it, along with a lot of black and white chevrons.