My punk-rock comrades, as you know, much of this blog is about featuring criminally underrated punk bands of the late ‘70s and earlier ‘80s. If that’s your jam, hell, do I have something for you today. You’ve heard of Bad Brains, you’ve heard of Fishbone, of The Specials… I’m guessing you’ve heard of Death with their new documentary out, but today is the day you learn about South Africa’s brilliant mixed-race punk act National Wake. (Oh, and before we get any further, this Thursday, November 7th, is the day that you see them live at Amoeba Music.)

Formed in Johannesburg in 1976, amidst a milieu of “the oppressive racist policy of apartheid, as well as government censorship and a stifling social conformity,” National Wake essentially had no choice but to remain underground. National Wake was a mixed-race band, who played protest songs to mixed-race audiences, and in apartheid-era South Africa, that was not something to be widely celebrated. Segregation was enforced not only in schools and other public institutions, but also in homes and social gatherings, and it was often enforced with police brutality. At the same time, there existed in South Africa a national network of resistance. Many of the people associated with this “underground”- hippies, artists, radicalized students, as well as members of National Wake, lived in communes where racial and political borders were broken down in ways unlike anything else in South Africa at the time. It was in a commune near the University of Witwatersrand that Ivan Kadey started National Wake with two brothers, Gary and Punka Khoza.

National Wake’s sound blended tight, fast, hard-hitting punk with African, reggae, funk and dub influences, as well as relentless, politically-charged lyrics. I had the opportunity to listen to all of their recently re-released material, Walk In Africa 1979-81, and what struck me most was just how damn exciting and relevant it sounds. It’s refreshing and different from everything else right now, and even though the sound is “post-punk throwback” it still feels somehow totally new.

After appearing in the film Punk in Africa, National Wake was finally rediscovered, and the songs from Walk in Africa 1979-81 are firing up music and history enthusiasts alike. Fortunately for you all, this collection of rare, frenetic, punk-funk music is now available for purchase over at Light in the Attic. The liner notes are also beyond gorgeous and fascinating. Git yrs. 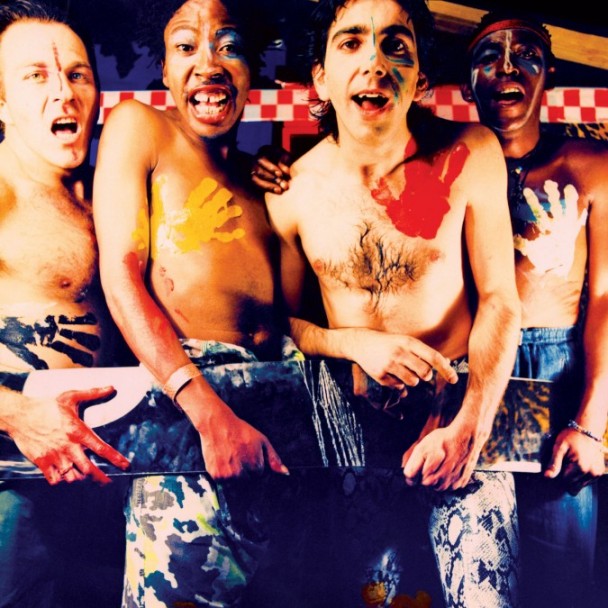 After fawning over the re-released material, I actually had a chance to talk to Ivan Kadey, who now works in California as an architect, about his time with National Wake in South Africa. Check out our interview below:

1. Was creating a mixed-race band an intentional political statement, or did you guys come together organically?

We came together organically and the fact that we were of different population groups based on the color of our skins, within the context of Apartheid South Africa, was an INEVITABLE political statement. There was no ideology, but we were fully aware of what the meaning of banding together meant. National Wake is a total embodiment of the dissolving of the form/content dichotomy in art.

2. Were there specific bands or artists that inspired you at the time?

Check out Keith Jones liner notes for the album. He has also written about influential South African “rock and rebel” bands in his introductory chapter to the book he is doing “Punk in Africa”. It has actually been published in “Paraphilia” magazine, which I believe is an East Bay publication.

3. How did the Soweto Uprising influence you personally?

Watch the Light in the Attic documentary.

4. A lot of National Wake’s lyrics deal directly with war. How did people respond to that?

Our audience identified with our sentiment. Most south African white kids had to go to the army for military service, at the time of the band, for two years, where they may have ended up in Angola or other neighboring countries fighting for a system they despised. It was a large part of our life and a focus of the music underground.

5. What were the audiences like at National Wake gigs?

6. I noticed watching Punk In Africa that it didn’t seem like there were a ton of women in the scene, but maybe they just didn’t focus on them. Can you speak to that?

The audiences were well balanced.
There were women in the scene – most importantly a group called “Leopard.” But it was predominantly male bands, with post-punk there were more mixed gender bands.

7. What was the songwriting process like with the Khoza brothers? Did they bring something completely different to the table, or did the whole band have a unified vision?

We shared a vision and were totally receptive to each others music. There was a large area of overlap. 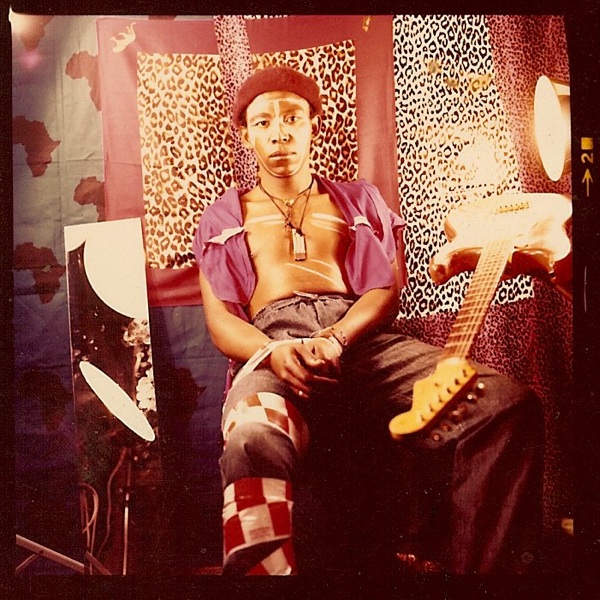 8. National Wake was obviously an extremely politicized band. Did you experience government oppression for songs like “International News,” “Mercenaries,” and “Everybody”?

The record company self censored and Mercenaries and Stratocaster were not on the album as released. International News I suppose was obscure enough, or didn’t have as “hot” references as the other two. “Everybody” was never released till now.

9. Did you have a sense that there were other bands doing similar things, integrating punk and reggae in the U.S. and U.K.? Did you ever connect with bands like Bad Brains, A Certain Ratio, or The Specials?

Never connected, and were not aware of the US bands of that name (Still have to check out “A Certain Ratio”). Were aware of the UK mixed bands.

10. For me, National Wake’s sound (and visual aesthetic, actually) feels extremely relevant to today. Why do you think that the bands I mentioned above, for example, are often worshipped as “heroes” of punk, and National Wake never got to that level of esteem and popularity?

Thanks for that comment on our aesthetic: I think there are definite cycles in fashion/aesthetic feel, and this is an instance. Other, I think our graphic image, and Name (concept) was brilliant and powerful and will always read as such.
Good question on history for this obviously fascinates me almost more than anything that is happening – why now? . Don’t really have an answer other than we were never really managed, produced, or publicized. South Africa was anathema in the rest of the world and there was a cultural boycott placed by the ANC against anything coming out of Apartheid South Africa. (Paul Simon’s Graceland was actually opposed by the ANC as breaking this).

11. Do you think National Wake will be rewritten into history? Have spaces like AfroPunk or KBD-style websites helped you garner recognition?

AfroPunk featured “Black Punk Rockers” when I first put that up (two years or so ago) but have not noticed anything. I have never heard of KBD. Will have to check it out.
National Wake is being writ large into history as we speak (write). The UK press has responded amazingly well and we have features coming out in the Guardian Newspaper X, NME magazine X, and other music publications. We have had a few pieces thus far on public radio in the Staes, and I think one will air on the albums release. I am told the UK and Europe is always ahead of the USA on new(?) trends. Also in the works a documentary on the band, its history and recent developments, and future.

12. Are you still making music or working on any other projects, or mainly focusing on archiving the history of National Wake?

I am playing music and would be dead if I wasn’t responding to this attention without seeing it as an opportunity to play my new songs and air the Wake songs. I have never stopped writing and jamming, but am now actively putting a band together, and it is hard to attain what was…. but there are encouraging signs which hark back to my connections in the Bay Area where I first landed when coming to America. See the billing for the Amoeba gig.

Thank you to Ivan for a glimpse inside what made this incredible band! National Wake is playing at Amoeba in LA on Thursday November 7th, at 7pm. You (clearly) have to go.

3 comments on “Noisegasm: Interview with Ivan Kadey of National Wake”