I just returned from a brilliant 5-day escape to New York City. Besides hanging out with some of my best friends in the world, eating a plethora of delicious bread-based goods, and playing “lovely assistant” on stage at the amazing/sad Coney Island Freak Show, I had the opportunity to visit MOMA for the first time in my life. For a museum-nerd like myself, it was both an awe-inspiring and totally overwhelming experience. I was able to view many of my favorite works of art that I’d never seen in person- the 1980s gallery is probably the most excellent series of rooms, ever.

But what undoubtedly moved me the most was something I found in the “New Acquisitions in Photography” exhibition: Lynn Hershman Leeson‘s Roberta Breitmore series. Although I discovered the work in a photography exhibition, it’s really performance art. In this series, Hershman adopted a constructed identity of a woman she named “Roberta Breitmore.” For four years, from 1974-1978, the artist worked, dated, wrote, shopped, went to therapy, and otherwise lived her life as “Roberta” in San Francisco.

If you read RAAB regularly, you know that late ’70s art, feminist art, performance art, and things going on in SF are all my jam, so when those combine into something I was previously unaware of, well… “orgasmic” is the only way to describe my response to this work.

A large part of the work is all of the “evidence” of Roberta’s existence. The series includes photographs of Roberta meeting friends, working at a temp agency, and going out on the town. There are also photographs of artifacts such as her check book, her driver’s license, her therapist’s psychiatric analysis of her, and her diary. For all intents and purposes, Roberta was “real.” Roberta lived on the corner of Baker and Jackson in a property called “Baker Acres,” which incidentally, was also the home of Manson family member Susan D. Atkins in the mid-’60s. (I feel like I may be the first person to have discovered this connection, by the way. Obscuro-research, ftw.) 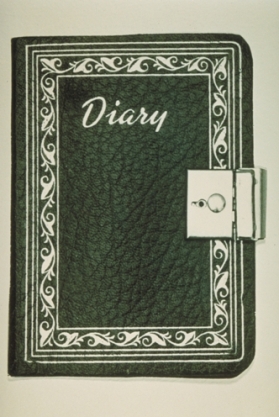 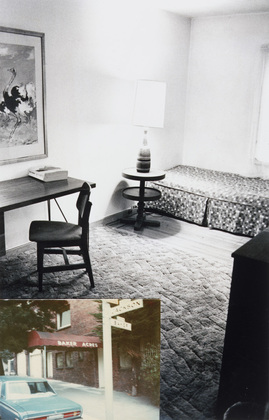 Her appearance was a big part of the performance- Roberta had a very distinct ’70s sense of style, visible in her clothes, make-up, and the way she did her hair and decorated her apartment. Hershman very carefully constructed Roberta’s image, as you can see in the “Roberta Construction Charts” below.

It’s hard not to let Cindy Sherman’s work come to mind when thinking about Hershman’s project. Both artists confronted issues of identity, representation and authenticity from a modern woman’s perspective. Interestingly though, “Roberta Breitmore” predated Sherman’s Untitled Film Stills by about 3 years. That surprised me because, well, the obvious fact that Sherman is a far more recognized artist, but also because Roberta feels like a reimagination and an extension of the concepts explored in Sherman’s early work.

I wonder what it would look like to extend the work today. If I moved to the Marina and started doing yoga, would I BE a Marina-yoga-girl? Given that identity is a construct, which is fluid, am I even who I think I am?

In any case, see more Roberta-ness below, and more work from Hershman here. 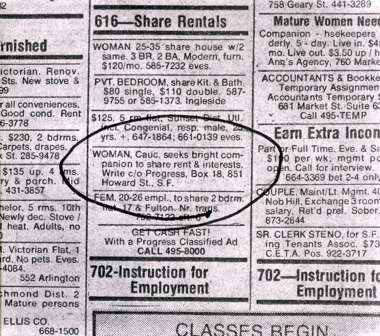 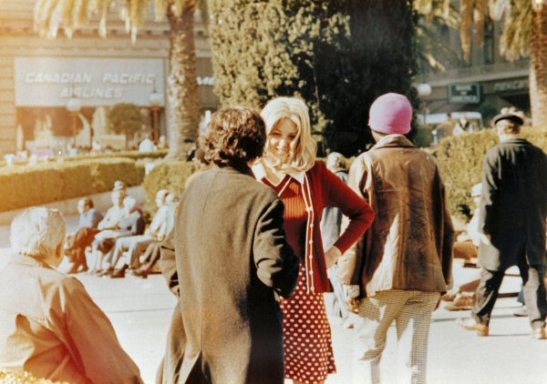 [Roberta and Irwin Meet for the First Time in Union Square Park, 1975.]