When you lie alone at night
Do you dream about all the things
All the things dead in your head?

–Bleached, Dead in Your Head 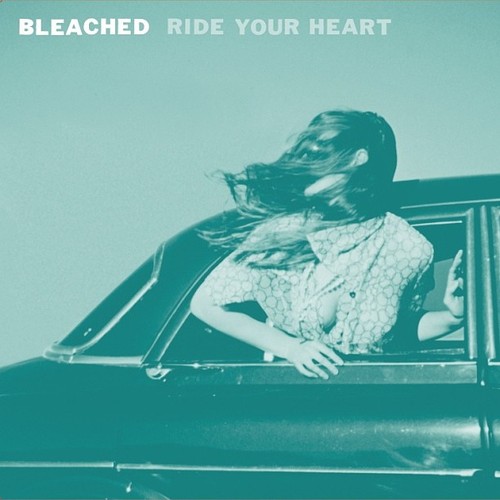 Every time I tell someone (who knows shit about music) that I’m huge Bleached fan, they’re like, “You, really?” YES, really. In general, I openly despise generic indie pop/rock. But that’s the thing. Despite the fact that Bleached plays a totally derivative form of punk(?) and ’60s girl group-influenced indie pop (with themes of teenage heartbreak, no less), there is something very not-generic about them. Or, I don’t know. Maybe it just hits me somewhere personal for whatever reason.

Their new/first album, Ride Your Heart, was released earlier this week and I’d totally recommend it. I mean, you should listen to the Francis single first because it’s better, but if you like that, totally give Ride Your Heart a chance.

Yes, these are the two sisters in Mika Miko. Now that that’s out of the way, I can tell you this is good-times, road-trippin’, jangly-ass, sun-soaked, dream-pop. (I just broke the World Record for number of hyphenated words in a row.) Lots of songs about missing boys and dreaming about boys and wishing you were with certain boys, etc. Just because the Clavin sisters wear Black Flag t-shirts, though, does not make this, or any other Bleached material “punk.” Yeah, there are some fuzzy garage-esque sounds going on here, and maybe a SEMI faster-than-most-pop beat in like half the songs, but that’s kind of the extent. Plus, c’mon, the themes contained in these lyrics are not punk themes in the least. Ride Your Heart owes way more to some of those Paisley Underground bands and (like I said) ’60s girl groups. Which is not necessarily a bad thing.

Essential tracks: Looking For a Fight, Next Stop, Ride Your Heart.
Avoid these tracks fo’ sure: Dreaming Without You, Guy Like You. 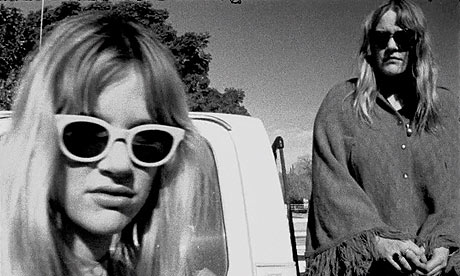 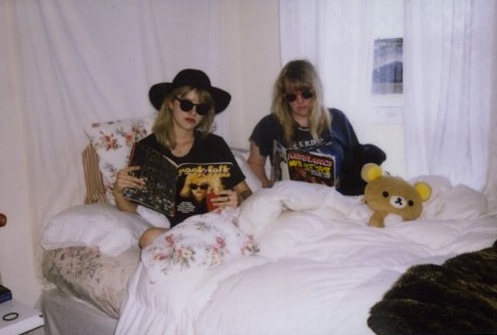 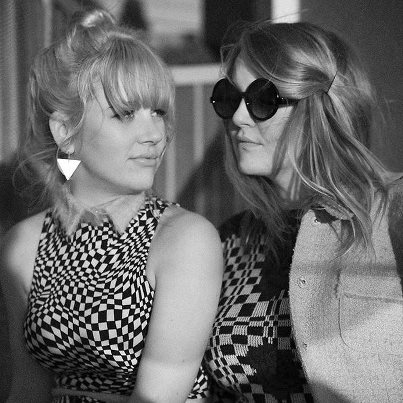 The annoying thing about Bleached is that they’ve got that… teenage Tumblr thing going on. Do people know what I’m talking about? There’s a whole subculture of teenage girls who think they’re channeling ’90s pop culture by reinterpreting it through the Internet. It’s hard to describe unless you’ve seen it and met people who embody it (my friend Sara kinda does) but it involves an obsession with things including but not limited to: Lisa Frank, the Simpsons, images of hamburgers and pizza, seapunk, early Gwen Stefani, intentionally bad Photoshop/Paint iterations of photos, Clueless, cats, memes, triangles, fuzzy things, the color lime green, and words like “blah” and “OMG.” That ridiculous list is the only way I know how to describe it. Mature readers: I swear to you, this is a thing. 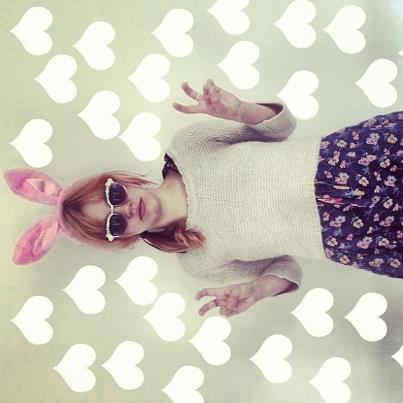 It’s not that cool. You know what was cool? The Mika Miko aesthetic. It relied less on teen hipster culture; it was less ironic, more straightforward and just FUN (at least that’s how it came off whenever I saw ’em back in the day.)

Anyway, that was my sort of pointless tangent. I like this Bleached album. I’ve listened to the whole thing, like, 4x already. And if you haven’t noticed, I generally have pretty im-fucking-peccable taste in music. (Don’t worry guys, I’m not gonna start listening to Best Coast anytime soon.)

Most important part of this is the fact that Bleached is playing a show in San Francisco next month! They’ll be at the Indy on Divis on Sunday, May 5th. I’m gonna see if I can get free tickets somehow, and I’m hoping their live show is as good as Mika Miko was, and better than their albums.

I’m off to sunny Palm Springs for le weekend. Some cool dude named Bullwinkle (I think he’s a metal guy?) will be covering the Ribbon Around a Bomb radio show this weekend. Next week: Back to our regular programming with ramblings about Lydia Lunch, Twin Peaks, and Monitor.