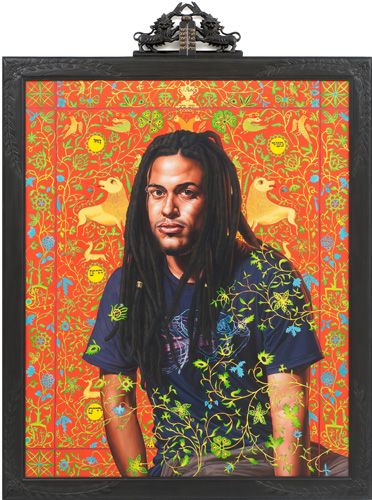 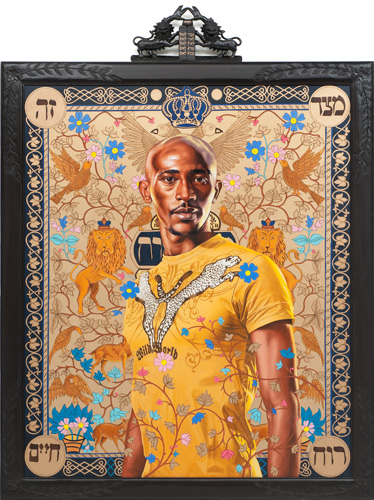 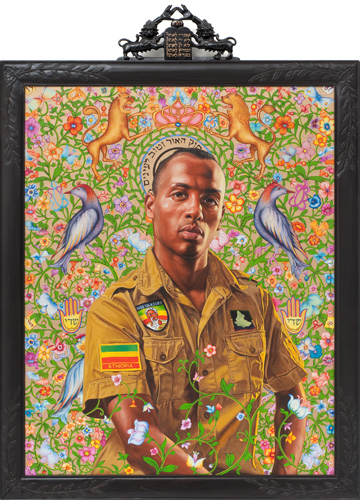 All paintings can be viewed at CJM and part of the series, The World Stage: Israel. I love the non-traditional subjects rocking traditional European poses and surrounded by Jewish art and Hebrew text. Wiley found all of the models for his paintings out and about. He says, “I look for people who possess a certain type of power in Jerusalem and Tel Aviv.” Pretty dope. Check out the exhibition any time now through May 27!

One comment on “Arts Bombast: Kehinde Wiley at CJM”