“Enclosed are the latest montages I’ve done – hope you like them…I’m very excited about the idea of doing a magazine – I think our work would mix well together. If we’re going to do a 12 page broadsheet size format (ie Anarchy in ther UK size) we’ll need 13 montages…I can produce 4/5 right now, using old stuff as well by next week. I’ll try and do 2/3 more to give plenty of choice. Cos don’t forget we need one extra for back/front covers…I dont’ know about printing costs etc…Some of them would need screening up from the size they’re at…I can provide up to £100 if necessary but maybe Richard Boon can come up with something between Buzzcocks traumas…it might be cheaper in Manchester too…(should be black and white). Shown your montages to various people – Rough Trade, Viv Goldman, Judy Nylon…general verdict is that they’re amazing – so there you are. New Bowie album is beautiful (dreamt about it last night) – post everything music.”

Around ’77/’78, Linder Sterling and Jon Savage collaborated to create a really cool collage fanzine called The Secret Public. Last year, a gallery in NY called Boo-Hooray did an exhibition on underground late ’70s punk-ish design, which they also called The Secret Public, using many of those works. Seriously CAN’T stop looking at these images: 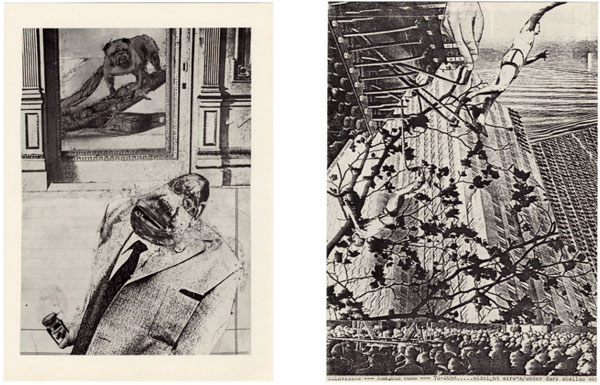 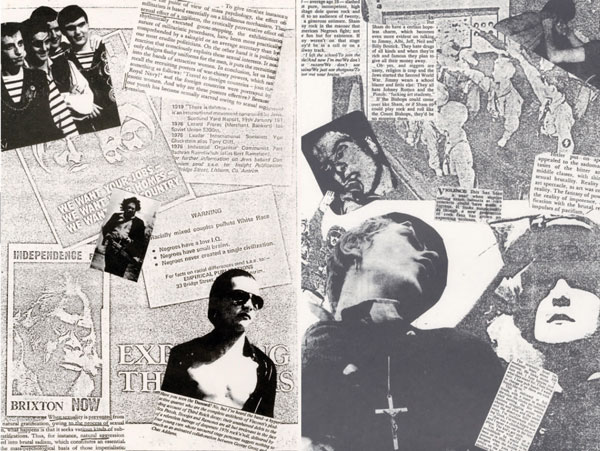