Christy Rupp is a (where else?) New York-based sculptor, street artist and activist. She was using rat imagery LONG before most street artists (certainly before Banksy, but also preceding France’s Blek le Rat.)

Rupp has been incorporating environmental themes into her work for over 30 years, starting with 1979’s The Rat Patrol, and more recently with her Extinct Birds series and genetically modified food sculptures. Her recent work is a little too “hippie” for my personal taste, but both her Rat Patrol and Animals in the City projects are very real, very gritty depictions of New York in the late ’70s and early ’80s. These projects illuminated the idea of an urban ecosystem that is affected (for better or for worse) by human actions. 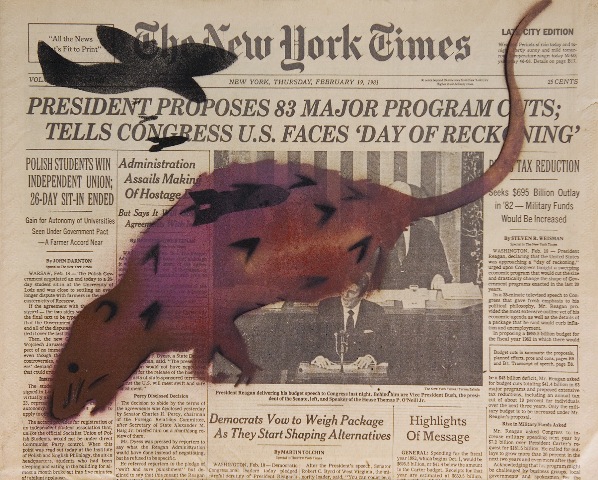 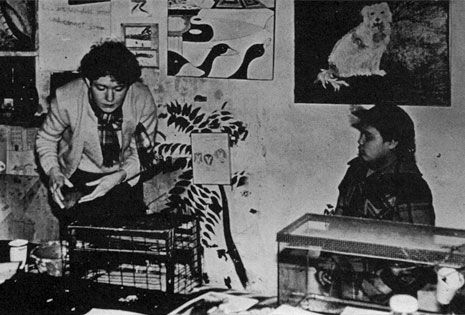