Arts Bombast: In Wonderland: The Surrealist Adventures of Women Artists in the United States and Mexico

When most people consider Surrealism, they imagine an exclusive group of men, whose highbrow and absurdist antics embody that ironic, bohemian European man that (too) many of us know today.  Yesterday I went to see  In Wonderland at LACMA, which explores the other side of surrealism- women working in Mexico and the United States.   These artists split from their male, European counterparts in a number of radical ways. 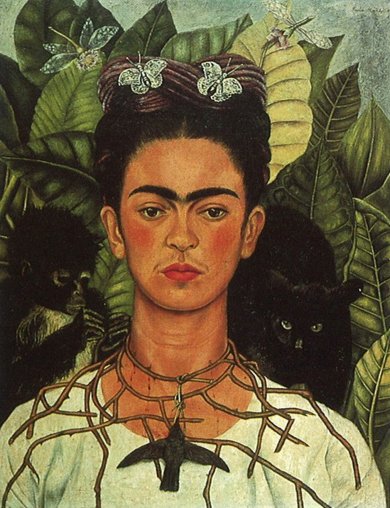 André Breton once stated his philosophy that women basically served as muses (and only muses) for male artists.  Female surrealists of the 1930s and ’40s pushed back on the idea of women as sexual objects by rendering the female body as a site to explore themes of power, isolation, trauma, emotion, memory, creativity… basically everything BUT sex.  The body (limbs, heads and hands more than breasts) became a vessel for political action advocating gender equality, particularly when paired with absurd domestic objects like dolls and dishes.

North American surrealist women were also highly influenced by indigenous / Amerindian cultures, perhaps sensing a solidarity through a shared experience of marginalization in their own realm.

The way I viewed the exhibition was as two very distinct styles, which intersected with the work of Frida Kahlo.  This perceived duality was especially interesting for me since I attended the exhibition with one of my best friends- Krissie- who I have SO much in common with despite how seemingly different we are.

One one side were the works that dealt with the more traditionally “surrealist” topics.  Dreams, fantastical creatures, magic, the supernatural, and even implicit depictions of alien existence abounded these colorful paintings.  Krissie definitely preferred these bold, mystical scenes, as in the paintings of Remedios Varo and Leonora Carrington.

Alternatively, there was also a huge collection of very austere, often morbid, disturbing-by-way-of-the-uncanny, works that featured objects familiar yet strange.  Bleak depictions of the everyday, a black and white photograph of a severed breast left from a mastectomy, works by Francesca Woodman, and small scale collages and photo series fell into this “style” for me. Many of them suggested the female experience of alienation, and (obviously) they were my favorite. 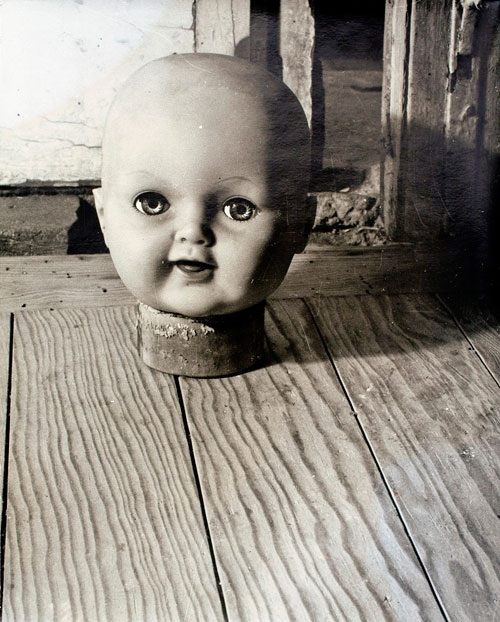 Frida Kahlo’s paintings, for me, lie precisely on the line between serious and whimsical, grotesque and beautiful, and stark reality and a world of imagination. It’s where Krissie and I merge too.